The Jefferson West Apartment building has stood on SW Jefferson between SW 11th and 12th since 1923. I believe it’s been empty for several years as owner Portland Development Commission decides what to do with it, but in 1940 it was a busy center of commerce and entertainment. 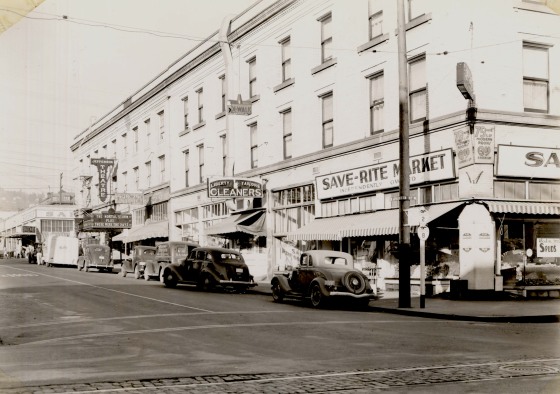