City crews work on the NW 10th Avenue ramp that lead from the old Lovejoy Street ramp down to street level. Both were removed in 1999 in a process that turned this former industrial/rail center into today’s Pearl District. 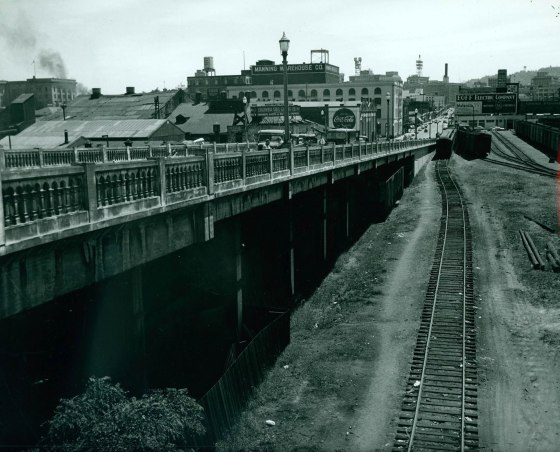 The majestic St. Johns Bridge fades into the Oregon mist in this 1937 image. The view is to the east from on (or above) St. Helens Road. The remains of some of those pilings may still be in the river today.

The new Broadway Building on the northwest corner of SW Broadway and Morrison Street was highlighted in this full-page feature in The Oregonian, January 1, 1914. It’s now called the Pioneer Building. The “Gray’s” seen on the corner sign and in the windows refers to the former R.M. Gray men’s furnishings store from yesterday’s post, having moved here after completion of the building.

(The Oregonian, from University of Oregon Libraries)

R.M. Gray was a men’s furnishings store at 273-275 Morrison Street in 1909. On the northeast corner of SW 4th and Morrison, the building is long gone, replaced by a full-block parking garage. Entering the street level shop where these doors once stood would lead you to some Buffalo Wild Wings today.

Today’s South Waterfront area is trendy and expensive. Three-quarters of a century ago it was a huge expanse of Portland’s industrial waterfront. Schnitzer and Zidell, still big names in Portland industry, both got their starts here. The battleship USS Oregon was on display just south of the Hawthorne Bridge. 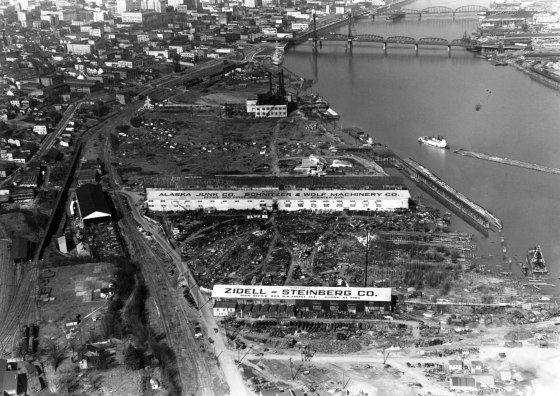 It seems like very few of the street scenes we see here on Vintage Portland have wet, rainy streets. This is one of the exceptions, looking east on E Burnside at 39th Avenue on a dreary Winter day. While lush vegetation is one of the things that makes Portland so livable, it can make seeing some of these homes difficult today. 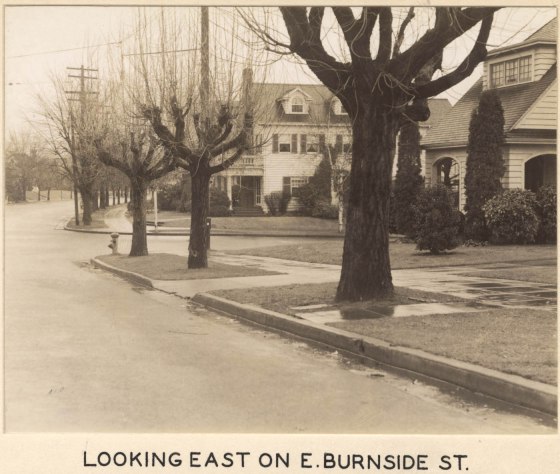 A terrific view south on NW 6th Avenue where it crosses the pre-widened West Burnside in 1931. Lots of great signage and advertising in this photo, too. Both the Commonwealth and Arata buildings can be seen in these earlier photos. 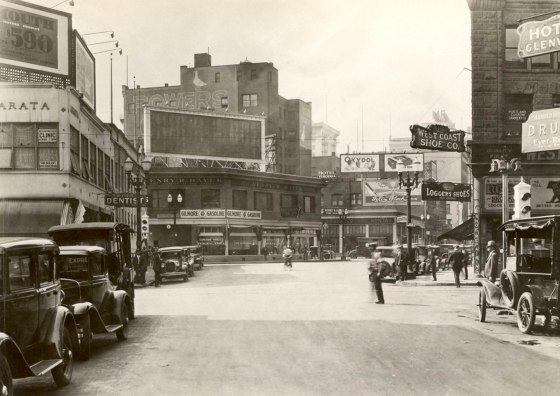