The Oregonian recently printed this story about the proposed cleanup of the Zidell Marine Corp. site along the south waterfront. The story said, in part, “There were dozens of oil spills on the site from the 1960s to the 1980s. Fires burned docks and buildings. Ship dismantling included salvaging transformers full of toxic PCBs and burning PCB-laden wire insulation to salvage the underlying copper. Debris was buried in open pits. The riverbank was shored up with scrap metal, asbestos, basalt ballast blocks from salvaged ships, and other debris.”

Here is what they are talking about. This aerial photo from 1964 shows the extent of the debris field. The lot is pretty barren these days, mostly gravel and puddles and a parking lot on the north end that was once the asphalt floor of the Alaska Steel Co. buildings. Note the supports for the Marquam Bridge, then under construction, as well as the sawdust-fired power plant and industrial area where Riverplace now is. 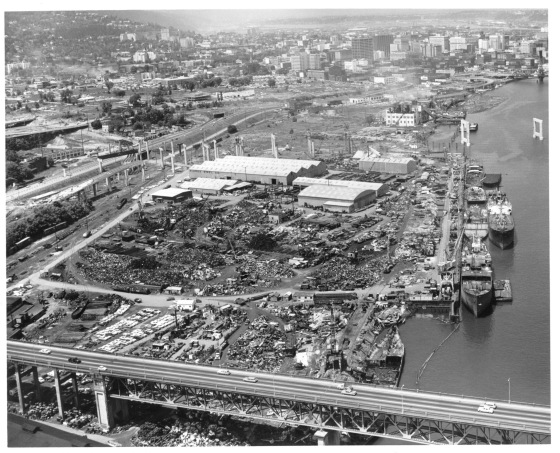 Portland got hit by a surprise snow storm yesterday. I wonder if NE 19th and Weidler looks anything like this 1917 photo.

H&E Machinery and Supply Co. was probably the last business to use the late 19th century cast-iron Smith & Watson building at SW 1st and Main. It was torn down in the mid- to late-1970s to make way for the World Trade Center 3 building. 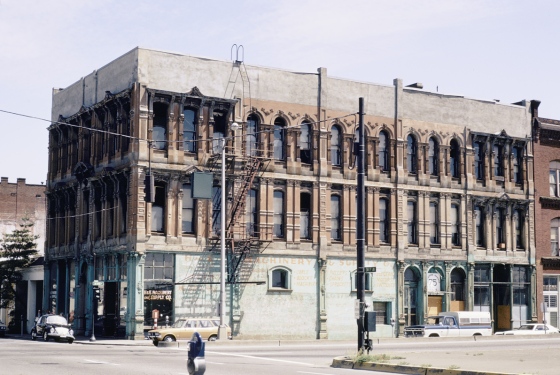 The buildings that lined West Burnside at the approach to the Burnside Bridge in 1933 are all pretty much still standing. There’s now a center divider and trees line the streets but it’s still recognizable. This view looks east and the tracks crossing left-to-right are at 3rd Ave. 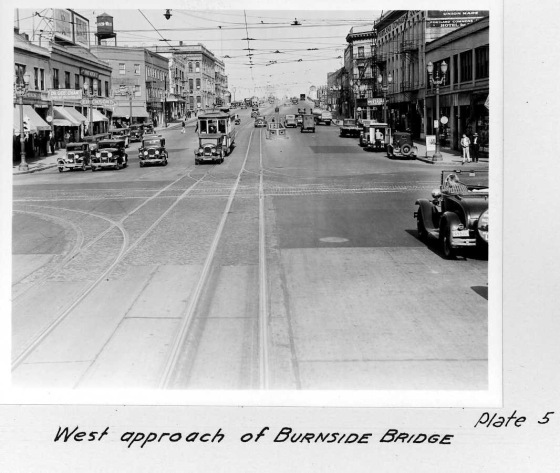 Jackson Tower is recognizable in this view east on SW Yamhill from Park Ave. The “AL” that shows at the bottom of the sign on the building’s corner was the end of  “Oregon Journal.” The Fox Tower now stands on the “Palace Laundry” and “Yamhill Stage Depot” sites. Photo is circa 1933. 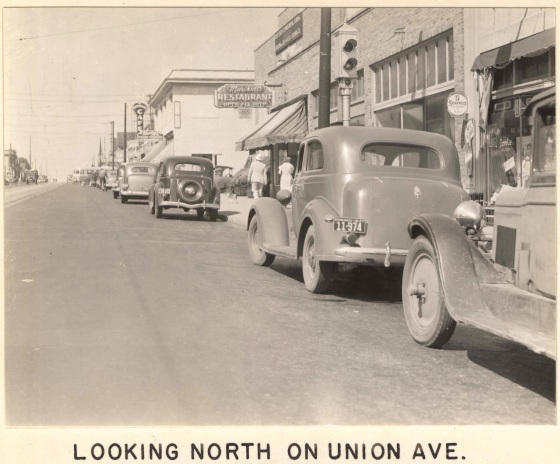 The Speedwell Garage stood at the southwest corner of NW 14 and Couch in this 1917 photograph. Much of this block is gone, replaced by a feeder street to the I-405 northbound onramp. The remaining portion of this corner is a grassy area. 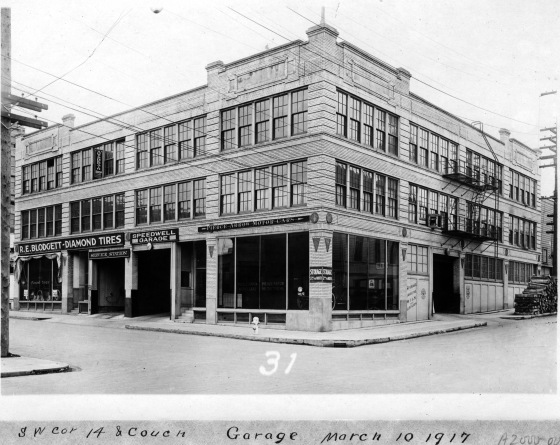