East side approach ramp construction was underway in this circa 1930 photo of the St. Johns Bridge. Cabling and main bridge decking had not yet started. The old St. Johns City Hall building on the left was covered with ivy and a fountain once flowed in the street. 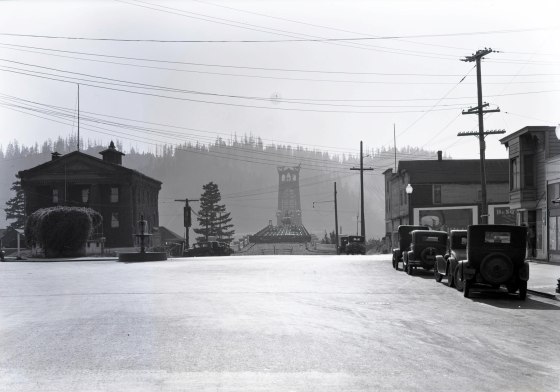