The Portland Public Market building was built in 1933. It stretched three blocks between SW Salmon and Morrison along Front Avenue. The market closed in 1942 and the Oregon Journal used the building as its operations center from 1948 to 1961. The City of Portland bought the building in 1968 and the next year demolished it to make way for an expansion of Harbor Drive, now Tom McCall Waterfront Park.

This 1936 view looks east on SW Yamhill St. across Front. 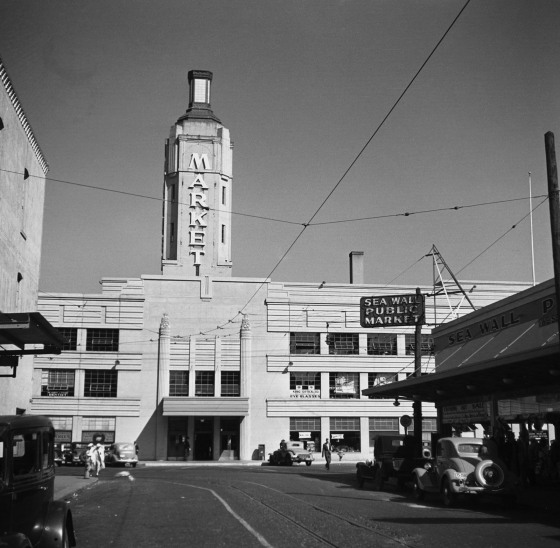